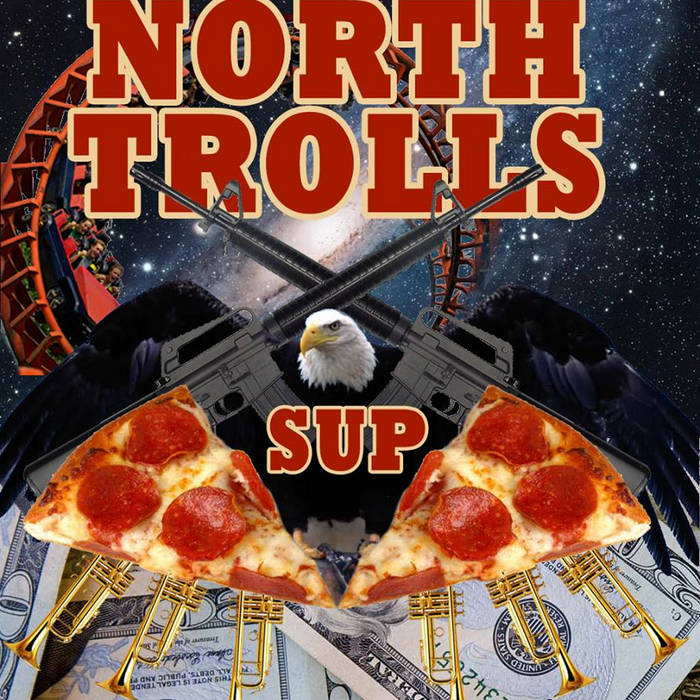 The North Trolls as we know them today started out in a house on Manigault Street in Reynoldstown, Atlanta, Ga, USA back in 2006. Left-handed Drummer and Vocalist Gus Fernandez learned to play right-handed acoustic guitar upside-down and wrote some songs with guitarist Mike Morgan in their living room. Soon thereafter Fernandez recruited former bandmates (Fox Trotsky's) Mason Turner and Charlie Mills to play bass and lead guitar respectively, to form the North Trolls Band. They played their first show ever on New Years Eve of that year and swore they would only play house shows from that night on.

Sixplus years and hundreds (thousands?) of shows that weren't house shows later, the North Trolls are finally releasing their debut album, "SUP?" on Atlanta's No Breaks Records. Originally recorded at the onset of Snowpocalypse 2011, the album has been painstakingly re-recorded, re-re-recorded, mixed, re-mixed and mastered, then finalized into what the band hopes will be recognized as "a greatest hits album and a discography all in one," until the band's sophomore album is released sometime in the coming decade.

The album release is not going to be your average North Trolls show, oh no, oh no. The Trolls have teamed up with longtime friendbands Kid Stuff, Small Reactions, and Estate Sale for a night of strange mash-ups, teamwork, and restrategizing what experts know about manufactured stage presence that's sure to leave everyone in a transcendental mindset. $5. 21+.

Bandcamp Daily  your guide to the world of Bandcamp